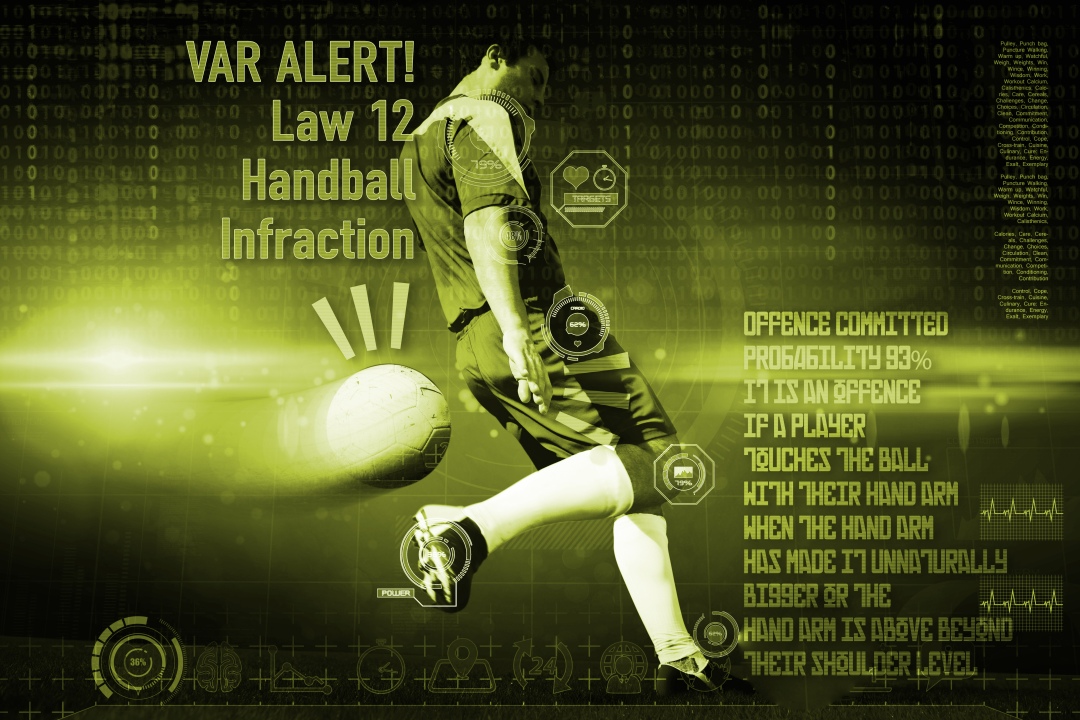 We have almost completed a quarter of the English Premier League (“Premier League”) season and it has already created a vast array of talking points; none more contentious than the interpretation and excessive implementation of the new handball rule by the English Football Association (“FA”) and the Premier League. Before heading into the highly congested 2020/21 season of world football, particularly in Europe, the International Football Association Board (“IFAB”), which is a registered independent association and the only authorised body appointed by FIFA to make the Laws of the Game for football, made certain amendments and modifications on a variety of laws more particularly in relation to Law 12 (“Law”) which pertains to ‘Fouls & Misconducts’.

What constitutes a handball offence?

Before we get into the new version of the Law dealing with as to when a player can and cannot be penalised for a handball offence, it is necessary to analyse the earlier version of the Law stipulated by IFAB which was incorporated from the beginning of the 2019/20 season. This version of the Law stated that “…it is an offence, even accidental, if a player gains control/possession of the ball after it has touched their hand/arm and then scores, or creates a goal-scoring opportunity and it is usually an offence if the ball touches the player’s hand/arm which has made their body unnaturally bigger…” The explanation provided by IFAB was that football does not accept a goal being scored by a hand/arm even if the same is accidental and it expects a player to be penalised for handball if they gain possession/control of the ball from their hand/arm and gain a major advantage e.g. score or create a goal-scoring opportunity. Therefore, the intent of the player whose hand/arm the ball struck became irrelevant for match officials. This resulted in several goals being harshly chalked off by officials including the Video Assistant Referee (“VAR”) when the ball accidentally hit the attacking player in a very early stage of the build-up to a goal.

In order to tackle this issue and give more leeway to the attacking teams, IFAB decided to restructure the above mentioned Law for the current season i.e., 2020/21 and provide certain clarifications for the same. The first aspect of IFAB’s new approach is that “…it is an offence if a player, after the ball has touched their or a team-mate’s hand/arm, even if accidental, immediately scores, or creates a goal- scoring opportunity”. As a result of this change an accidental handball will now be penalised only if the offence takes place “immediately” before the goal is scored or a goal-scoring opportunity is created by the attacking team. Therefore, if an attacking player accidentally touches the ball with their hand/arm and the ball then goes to another attacking player and the attacking team immediately scores, it will be a handball offence and the goal will not stand. However and more crucially, it is not an offence if, after an accidental handball, the ball travels some distance (passes or dribbles) and/or there are several passes before the goal or goal-scoring opportunity.

The second aspect of the change brought in by IFAB stipulates that “it is an offence if a player touches the ball with their hand/arm when the hand/arm has made it unnaturally bigger or the hand/arm is above/beyond their shoulder level…”. IFAB’s explanation is that the hand/arm above shoulder height is rarely a ‘natural’ position and a player is ‘taking a risk’ by having the hand/arm in that position, including when sliding. In other words, if the ball makes contact with the player below the bottom of the armpit, deliberate or not, and if the arm is not firmly tucked into the side of the player’s body i.e. in an unnatural position, it will constitute a handball offence. This alteration to the Law is very critical as it is providing a rather rigid approach to an extremely abstract subject. The intention to provide more clarity and certainty is surely the right move, but not at the cost of an extremely inflexible approach.

The FA and Premier League’s take on the Law

The FA and the Premier League have taken a slightly different and more stringent approach to the wording of the Law, particularly against defending teams, to the degree of almost entirely neglecting the concept of whether the position of the defender’s arm is actually making him unnaturally bigger but rather just focusing on the ball making contact with bottom of the armpit. An accidental handball by the defending team in the Premier League is not being tolerated in any way, shape, or form. This harsh interpretation by the Premier League match officials and VAR has been evident during the first three weeks of the season. In Manchester United’s opening fixture of the season, match officials awarded a penalty against them when the ball accidentally struck the arm of defender Victor Lindelof in his penalty box while he was running towards his own goal. The reason given by the officials for the penalty was that his arm was outstretched and beyond his shoulder level. The fact that he was in a running motion while being extremely close to the attacker from whose foot the ball hit his arm and that he did not make himself unnaturally bigger were not sufficient mitigating factors for the match officials.

Another instance of this interpretation was a penalty awarded against Tottenham Hotspur defender Eric Dier in their Premier League fixture against Newcastle United. While defending a free-kick in his penalty box, Dier jumped in the air to head the ball but the Newcastle United attacker who was jumping right next to Dier got to the ball before him which then came of his head and struck Dier’s arm. Again, the rationale for awarding the penalty was only the fact that his arm was above his shoulder without the officials even considering that the position of his arm wasn’t to make him unnaturally bigger but was simply due to the momentum of his jump.

Arguably the most controversial call so far this season has been the penalty awarded by VAR in favour of Everton against Crystal Palace defender Joel Ward when the ball struck his arm in the penalty box when he was neither running like Lindelof nor jumping like Dier, but standing in a natural position. The ball came of Everton’s Lucas Digne from close range and struck his arm. The officials yet again focused only on the bottom of the armpit aspect of the Law and not on whether the arm was in a position to make him unnaturally bigger.

This has left club managers, including those who have reaped the benefit of this interpretation, players and fans extremely enraged and perplexed with IFAB and the FA’s rigid implementation of the Law. Retired and current referees are in agreement that the Law needs to be applied more leniently and with a more reasonable approach. Understanding and recognising that IFAB may not be willing to change the Law so early on in its incorporation, the only real solution to the problem is the FA and the Premier League tweaking their approach to the Law by instructing match officials to not only implement the concept of a player’s arm making him unnaturally bigger with less rigidity but also approach each handball scenario independently, taking into consideration the circumstances surrounding the alleged action i.e. proximity of the defender to the attacker, natural position of the arm in a running motion and so on. Moving forward, a strategy that could be implemented by law making authorities in tackling and modifying laws is to include retired professional players who have had first-hand experience of being in a multitude of similar scenarios and can therefore provide valuable insights to law makers which they would otherwise ordinarily not have. The goal for everyone is common, a fair and clear game which not only improves the spectacle of the game but also its popularity.

Arjun is a law graduate from Mumbai, India, aspiring to build a career in sports law and policy. He has interned at IMGReliance, a sports and talent management company. He has been involved in the
process of drafting legal documentation pertaining to a cricket league for retired international cricketers namely ‘Road Safety World Series’, held in March 2020 in India.

Enjoyed this? Here’s something similar…