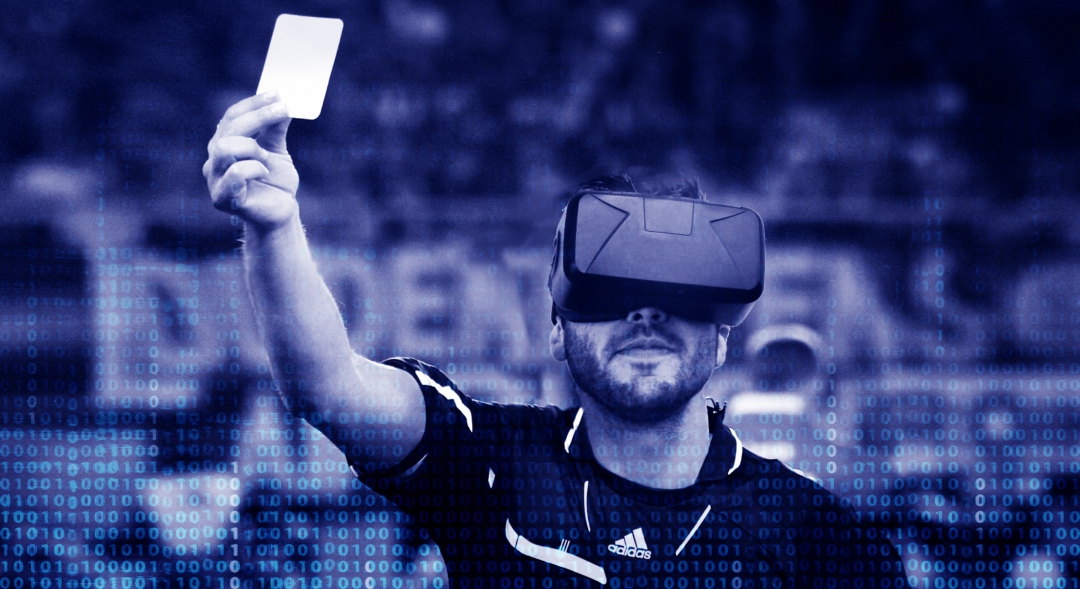 The Video Assistant Referee (VAR) was introduced into the Laws of the Game in 2018, used in the World Cup and now in the knockout stages of the Champions League. Just over one year on from its official, controversial introduction, Lex Sportiva evaluates its success.

Firstly, how does it work?

VAR operates on a three-step process of incident, review, decision and was labelled ‘game changing’ by FIFA. The International Football Association Board says VAR is only to be used “to correct clear errors and for missed serious incidents” in those “match-changing” situations which are:

VARs and other match officials are able to recommend reviews, but the only person who can initiate one is the referee, who will then have the final say on whether their original decision should stand or be changed. So far it all makes sense. Surely more certainty and accuracy in football would be welcomed…. Well it hasn’t all been plain sailing and VAR has certainly had its critics.

In February 2018 in the FA cup game between Huddersfield and Manchester United a goal was disallowed for a marginal offside that was reviewed in front of the nation and looked like this:

One month later VAR was trialled in the International Friendly between England and Italy at Wembley. The occasion was marred by controversy as Italy were awarded a late penalty for an incident in the box that sparked outrage from football’s finest:

I agree that fans should be more involved. A tool that was introduced to promote transparency should be visible to everyone. In rugby and tennis fans can watch the replay and if VAR reviews were shown (with the correct graphic) perhaps people would understand it better and complain less.

Secondly, I understand how frustrating it might that VAR is used for subjective calls such as deciding what counts as “excessive force” or a handball. However, reviews offer the opportunity to take a second look and will improve referee consistency as referees make more informed decisions.

Thirdly, referees and players alike are not used to VAR and many will have refereed or played their whole lives without it. Of course there are going to be issues as they get used to the new system but with time these concerns will subside like they did in rugby when TMO was introduced.

Finally, critics claim there are too many reviews and they take too long. Well to combat this perhaps VAR could be used as an appeals system like in cricket where the captains decide to launch a review? However, I do not believe VAR is as overbearing as people say; during the group stages of the World Cup VAR reviewed 335 incidents (averaging 7 per game). During the first 32 matches only 0.5% of the game was spent waiting for a review compared to 10.8% of the game waiting for free kicks to be taken. So if people want to speed up the game then perhaps there are other areas to target!

FIFA president Infantino “I would say to the fans, players and coaches that it will have an impact, a positive impact. From almost 1,000 live matches that were part of the experiment, the level of the accuracy increased from 93% to 99%. It’s almost perfect. Of course, we need to speed up the reviews and the communication to the referees that are applying it but also for the general public.”

Head of referees, Mike Riley, supports VAR, “Referees get 96 per cent of decisions right, we don’t want errors in the game and if this improves it by two percent then the game has improved.”

Infantino was right and VAR lead to the correct decision 99.3% of the time at the 2018 World Cup.  It seems the numbers are on VAR’s side and it is here to stay. Despite the initial frosty reception nations, clubs, referees, players and coaches are beginning to embrace VAR and it will be used in the Premier League 2019/20 season.

Just for fun here are my top 3 moments where I wish VAR had been used.