With the MLS reluctant to give up their centralised power, it appears the single-entity structure is here to stay…for now.

Major League Soccer (“MLS”) was founded in 1993 as part of the United States successful bid to host the 1994 FIFA World Cup.  Since its inception, the MLS has grown into one of the world’s most reputable football leagues, becoming the sixth-best attended football league in the world[1] with the average MLS franchise valuation hovering around $240 million.[2]  While the MLS continues to expand its global brand and increase its presence in the international football scene, many around the world are still confused how the MLS operates due to its unique structure and rules that differ from the rest of the footballing community.

In order to better understand the current structure of the MLS, we must revisit its history. When the league was founded, the sport of football had little traction with the public in the US.  In order to avoid the issues that plagued the North American Soccer League that led to its downfall in the 1980’s – namely, poor expansion planning and significant financial troubles[3] – the MLS set up shop under a single-entity structure, where teams and player contracts are centrally owned by the league itself.  The current structure of the MLS, which has been in place since 1995, is governed by its Limited Liability Agreement, which establishes a Management Committee consisting of representatives acting as “investors” in the league.[4]  These investors have the authority to manage the business affairs of the MLS, while also having Operating Agreements with the MLS which provide them rights to operate and “own” MLS teams.[5]

At the outset of the MLS, due to little traction and little financial backing of numerous investors (or “owners”), multiple clubs were operated by a single investor out of necessity. At the end of the 2001 season and beginning of the 2002 season – an inflection point for the league – Phil Anschutz of AEG “operated” five MLS franchises and Lamar Hunt of Hunt Sports operated two (for a total of seven out of a then ten teams) following the elimination of The Tampa Bay Mutiny and Miami Fusion franchises. [6] It was at this time, with the potential of another failed professional football league in the US looming, that the MLS announced a number of key initiatives that would ultimately save the league:

These announcements and changes to MLS established a foundation that has allowed the MLS to grow into the league it is today, but the question remains, what exactly is a single-entity league?

As mentioned above, a “single-entity” league is where the single-entity (I.e. the MLS), centrally owns all the teams and player contracts.  In other words, the players are hired by the MLS as employees of the league itself rather than the teams, and the players are then are assigned to the team holding their acquisition rights. The acquisition rules are also centrally established and administered by the MLS.[8][9] Under this structure, the MLS also controls the revenues and expenses of the league and its teams, with all revenue generated by the league belonging directly to the MLS.[10] Similar to investors receiving dividends in a limited liability company, the MLS will then distribute profits (or losses) to its investors / team “owners”. The MLS’ expenses are treated in essentially the same way as their revenues, with the MLS being responsible for most expenses associated with the leagues operations.

For example, the MLS pays all player acquisition costs, most player salaries, and player benefits. Furthermore, the MLS pays salaries for league personnel (such as referees), travel expenses and insurance, amongst others.[11]  While this structure seems to be disconnected when compared to the rest of the footballing world, this structure serves a purpose: to control player acquisitions so that teams do not compete against each other for available players; thus, effectively controlling costs and keeping player salaries at a sustainable level.

During the inception of the league, this structure was vital to ensure the leagues growth and survival in the saturated market of American sports, especially one in which football was not popular. With that being said, while the single-entity status is beneficial to the teams and the league, it is detrimental to the players and their freedom of movement. While on its face the MLS has seemingly outgrown the need for this single-entity structure as the league has grown, the MLS refuses to shed its single-entity defence awarded in Fraser v. MLS. In this way they can protect themselves from liability under USs antitrust laws and continue to control costs and player movement within the MLS, as the league is of the belief that their centralised, autonomous decision-making is what is best for the league’s survival.

In 1996, eight MLS players filed an antitrust suit against the MLS, its investors and the United States Soccer Federation (USSF), arguing that the single-entity structure of the MLS unlawfully devalued the players’ services and restricted competition for player services.[12] Central to this case and determining whether liability exists is Section 1 of the United States Sherman Antitrust Act, which prohibits any “contract, combination…or conspiracy, in restraint of trade.” [13] In Copperweld Corp v Independence Tube Corp in 1984, the US Supreme Court held that a parent and a subsidiary company were considered to be a single economic actor, and thus could not form a conspiracy to restrain trade under Section 1 of the Sherman Act.[14]  Therefore, there cannot be a conspiracy to retrain trade when there is only a single party or entity to the purported conspiracy. In Fraser v MLS, the District Court held that the single-entity defence applied to the MLS in first instance, the First Circuit Court of Appeals – despite affirming the District Courts ruling – opened the door for a case against the MLS in the future. The Court stated that while “Copperweld established that a parents and its wholly owned subsidiary are not subject to attack under section 1 [of the Sherman Act] for agreements between them…what the Supreme Court has never decided is how far Copperweld applies to more complex entities and arrangements that involve a high degree of corporate and economic integration…”[15]

The court went on to explain that while the MLS maintains characteristics of a single entity, “it is hard to treat the corporate integration as conclusive,” as other features of the league resembled an agreement between competitors.[16]  Some of these features included MLS owners:

Due to these crucial differences, the Court stated that the MLS “comprise[d] a hybrid arrangement, somewhere between a single company…and a cooperative arrangement between existing competitors,” leaving its status as a single entity in question.[18]  However, the First Court of Appeal did not have to make a ruling on this decision, as they upheld the ruling from the District Court on other grounds.[19]

The ruling of the Fraser case ultimately allowed the MLS to keep its single-entity structure, effectively allowing them to continue controlling player acquisitions and hindering teams from competing with one another (while also taking vital control of a players career out of their hands by not allowing them the choice of where to play). As such, the MLS has since been careful to take steps to continue the mirage of appearing as a single-entity, such as requiring expansion fees for new teams, splitting revenue from national broadcasting deals and owning all the team’s intellectual property rights.[20]

With the MLS reluctant to give up their centralised power, it appears the single-entity structure is here to stay…for now.

Please remember these articles do not contain specific legal advice. You always have to rely on your own research or obtain legal advice. Furthermore, the opinions expressed in this publication are those of the authors. They do not purport to reflect the opinions or views of the companies that they work for or Lex Sportiva.

Unauthorised use and/or duplication of this material without express and written permission from this site’s owner is strictly prohibited. Excerpts and links may be used, provided that full and clear credit is given to Lex Sportiva with appropriate and specific direction to the original content. 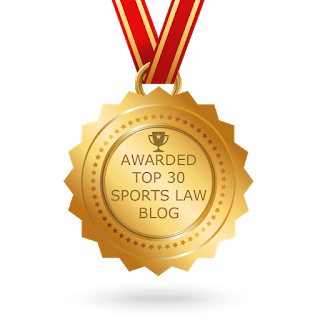