The social impact of sport, although immeasurable, is a crucial component of what makes a game a sport. When we look at the definition, a sport needs to have social impact. But, what kind of social impact is this definition referring to? Some people would argue that the social implications of providing exercise or entertainment are enough and that athletes should refrain from getting involved in social issues, something like the separation of church and state.

“Shut up and dribble.”

“Stand for the anthem.”

A sport is more than a sport, and an athlete is more than an athlete. Athletes are capable of reaching people from all age ranges, every social stratum, and from everywhere in the world. Why should Colin Kaepernick stand for the anthem, when he feels he can get his message across to sports fans if he kneels? Why should Lebron “shut up and dribble”? Athletes should feel a duty to impact their fans in a positive way, to stand for the social values they believe in, and to fight against the social injustices they believe are being committed. Kids look up to athletes, teens see them as inspiration, and even adults use athletes as motivation. It is up to each and every athlete to be a positive role model for fans and to be the voice of those that can’t be heard. From “Black Fists” on the podium at the 1968 Olympics, to Kaepernick kneeling during the anthem in the 2017 NFL season, sports have been used as a medium by athletes to protest social injustices.

Sadly, athletes’ protesting social injustices have not always been received positively; Kaepernick has seen the end of his NFL career, Lebron was heavily criticized for his social activism, and plenty of other professional athletes have been sanctioned or suspended for taking part in social activism or protesting social injustices in a sporting forum; unsuccessfully attempting to silence social activism in sport. While some athletes have decided not to be involved in such protests to avoid being sanctioned, many others have risen and opposed censorship, demonstrating that, no matter the consequences, sport is, and always will be, the correct forum to fight for the right values. 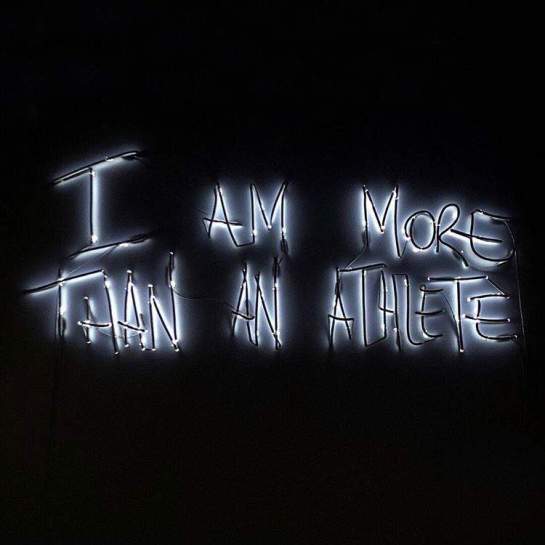 Kids shooting around in their backyard imitate Kobe, Lebron, or Durant; kids playing “soccer” copy Messi or Ronaldo; swimmers emulate Phelps; runners idolise Bolt. If athletes are looked up to as idols, why should their contribution be limited to just the sporting aspect? An athlete’s impact on an impressionable young child’s life should be, and is, much more, it touches every aspect of their life.

The same way a player is punished for not showing the acceptable values, a player should be praised for attempting to demonstrate the right values, not silenced or criticized. Nike gave Kaepernick a platform and Lebron turned “shut up and dribble” into a social movement for athletes. Athletes are more than just athletes, athletes are idols, athletes are public figures, and more importantly: athletes are people. Sport can and should be the athletes’ tool to promote social values, as well as fans’ reason to emulate those values; telling athletes to “shut up and dribble” is dismissing athletes’ political agency and limiting their contributions to society. In sum, an athlete is not just an athlete, and a sport is not just a sport. 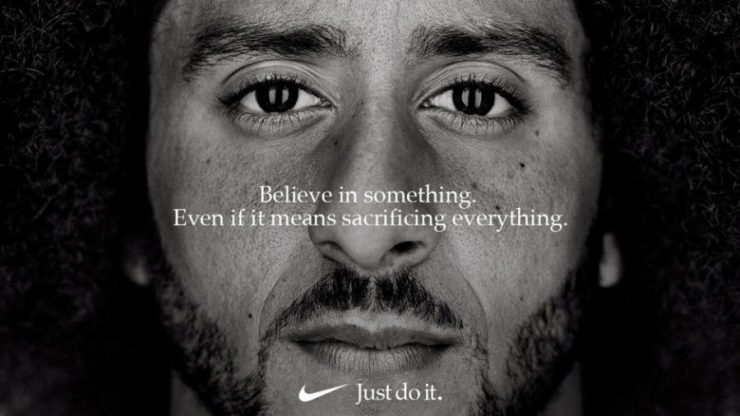 Sport is not just a platform for athletes to protest social injustices. Sport is sometimes a tool people use to better their lives. People in lower social classes sometimes utilize sport, as Allen Iverson did with basketball, to better their lives and refrain from committing crimes. People in those same communities also turn to sport to help children from marginalized and disadvantaged communities integrate with other children and learn social values, like The Equalizer Programme (The Equalizer Explained). Some people use sport to cope with personal problems or to relate with others and integrate. Sport is a medium, sport is a tool, sport is more than just sport.

Whether it is a 7-year old counting down the shot clock pretending to be Michael Jordan in the 1998 finals ready to take the iconic last second shot over the Utah Jazz, or a young kid in 2019 using football as a tool to help relate with kids of the same age and learn social values: Sport is the social catalyst that drives change, sport is a tool to eliminate segregation, sport is a way out, a mental escape, a physical and financial way to escape social hardships. Sport can be anything you need it to be and, no matter what the metrics say, a sport is never just a sport.

Please remember these articles do not contain specific legal advice. You always have to rely on your own research or obtain legal advice. Furthermore, the opinions expressed in this publication are those of the authors. They do not purport to reflect the opinions or views of the companies that they work for or Lex Sportiva.

Unauthorised use and/or duplication of this material without express and written permission from this site’s owner is strictly prohibited. Excerpts and links may be used, provided that full and clear credit is given to Lex Sportiva with appropriate and specific direction to the original content.