What’s the difference between a game and a sport?

Game or Sport, who cares?

In the town of El Nido in the Philippines kids take turns throwing flip flops at a tin can to try and knock it over. If they miss they have to retrieve their shoe without being caught by the ‘guard’. This is known as Tumbang Preso (which translates as “knock down the prisoner”) and is often played in the street. It got me thinking, Tumbang Preso is competitive, can be played in teams, requires equipment and both mental and physical exertion, so is it a sport or a game?

My dad has always argued that a sport is something that you “wear special clothes for” but if that was true then does sleeping in my pyjamas count? Some people suggest you “can smoke while playing a game but not a sport” or that “a game becomes a sport when you pay to watch it”. Football is governed by the Laws of the GAME and one of FIFA’s mission statements is “For the good of the GAME” so is football just a game?! Help!

The dictionary definition of sport is:

“An activity involving physical exertion and skill in which an individual or team competes against another or others for entertainment.”

Under this definition Tumbang Preso is certainly a sport…. but then so is chess or two people competing to make the best cup of tea? (Yes, I’m English!)

The Olympics are undoubtably the highlight of sports worldwide but why are they called the Olympic GAMES? Furthermore, in the Olympics in 1900 Croquet was considered a sport, so where do we draw the line? In 2010 Phil Taylor, 16 time world darts champion, came 2nd in the BBC Sports Personality of the Year awards! What about board games or esports? 2 hours of FIFA 2019 a day certainly would not be what my doctor recommends….

Well the truth is, does it even really matter?

Answer: YES IT DOES!Firstly it’s important to define sport so we can understand the applicability of law. “The law?” I hear you say? What place does that have in sport? Sport is supposed to be fun; a distraction from the daily grind – escapism in its purest form! Increasingly law seems to filter into sports ranging from civil to criminal liability such as high profile tax evasion or players charged with racial abuse. Let’s take the example of assault, battery and boxing. In the UK assault and battery are both are common law offences sentenced under s39 of the Criminal Justice Act 1988 with a maximum penalty of 6 months in prison.

In boxing athletes fight to knock out or defeat their opponents with force. Spectators pay to watch the systematic abuse of one human being by another like gladiators in the ring. They circle each other, dodge punches, throw right hooks and uppercuts. They are PAID to commit both assault and battery offences. So why don’t boxers end up in prison? The rather memorable R v Brown confirmed that you cannot consent to be the victim of assault. Exceptions to the Brown rule are based on public policy and include regulated sports such as boxing, piercing, tattooing, medical treatment, etc. The exemption for sport in England is informal although supported by case law such as Barnes but Brazil have a formal codified exemption. Ultimately, the courts in the UK have decided that criminal prosecutions should be reserved for activity where conduct is sufficiently grave to be properly categorised as criminal. Conduct within the rules of a sport is unlikely to satisfy this requirement. 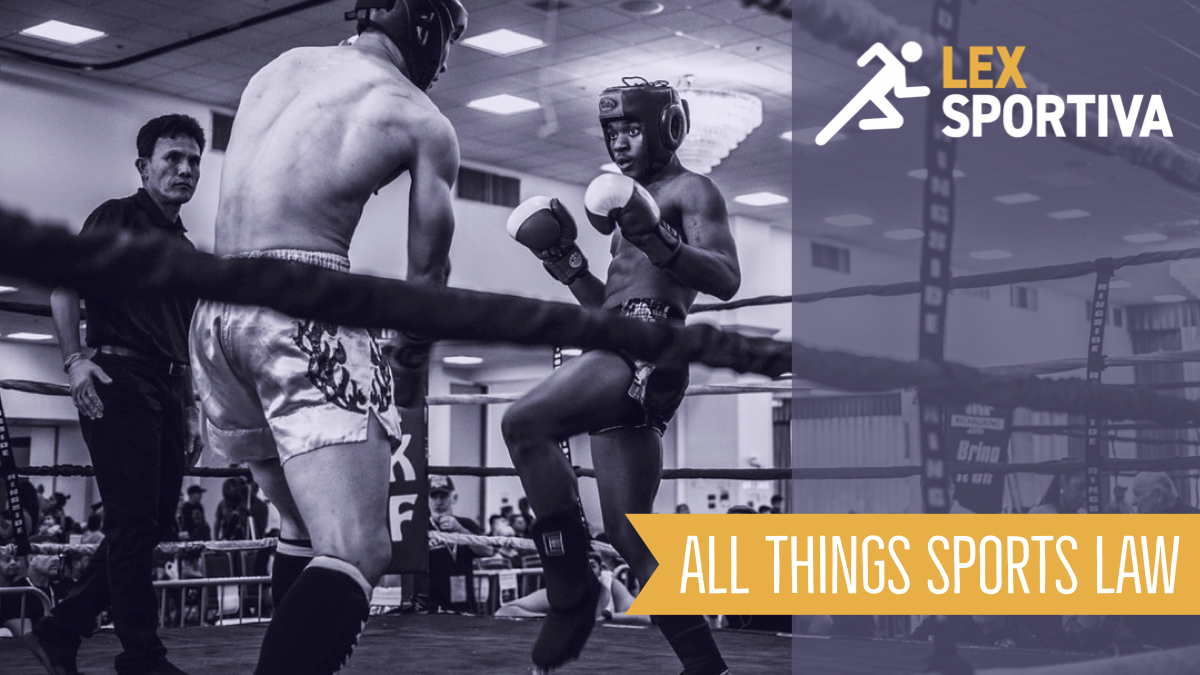 Secondly, the debate between what constitutes a sport is important when you consider the implications of becoming an Olympic Sport. The World Squash Federation (WSF) has bid time and time again to become an Olympic Sport to no avail, while skateboarding will be included for the first time in Tokyo 2020. What are the implications of this? Well where I come from UK Sport is responsible for dividing state resources and investing National Lottery and Exchequer income in Olympic and Paralympic Sports. They have just invested over £19 million in Canoeing in preparation for 2020, and over £340 million in total. This is a huge windfall for associations and offers small sports the opportunity to grow in participation and popularity!ANYWAY, next time you’re at the pub and your friend claims to be sporty because they once won a darts or snooker competition, it’s probably best not to call them out…unfortunately they might be right….